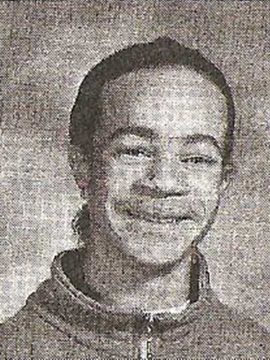 Jermaine Reese was actively involved in the music program where he played trumpet.  Jermaine hoped to one day become a veterinarian. On December 18, 2001, Jermaine was fatally injured in a car accident on his way to school and he passed away on December 27, 2001. He would have graduated Class of 2002.